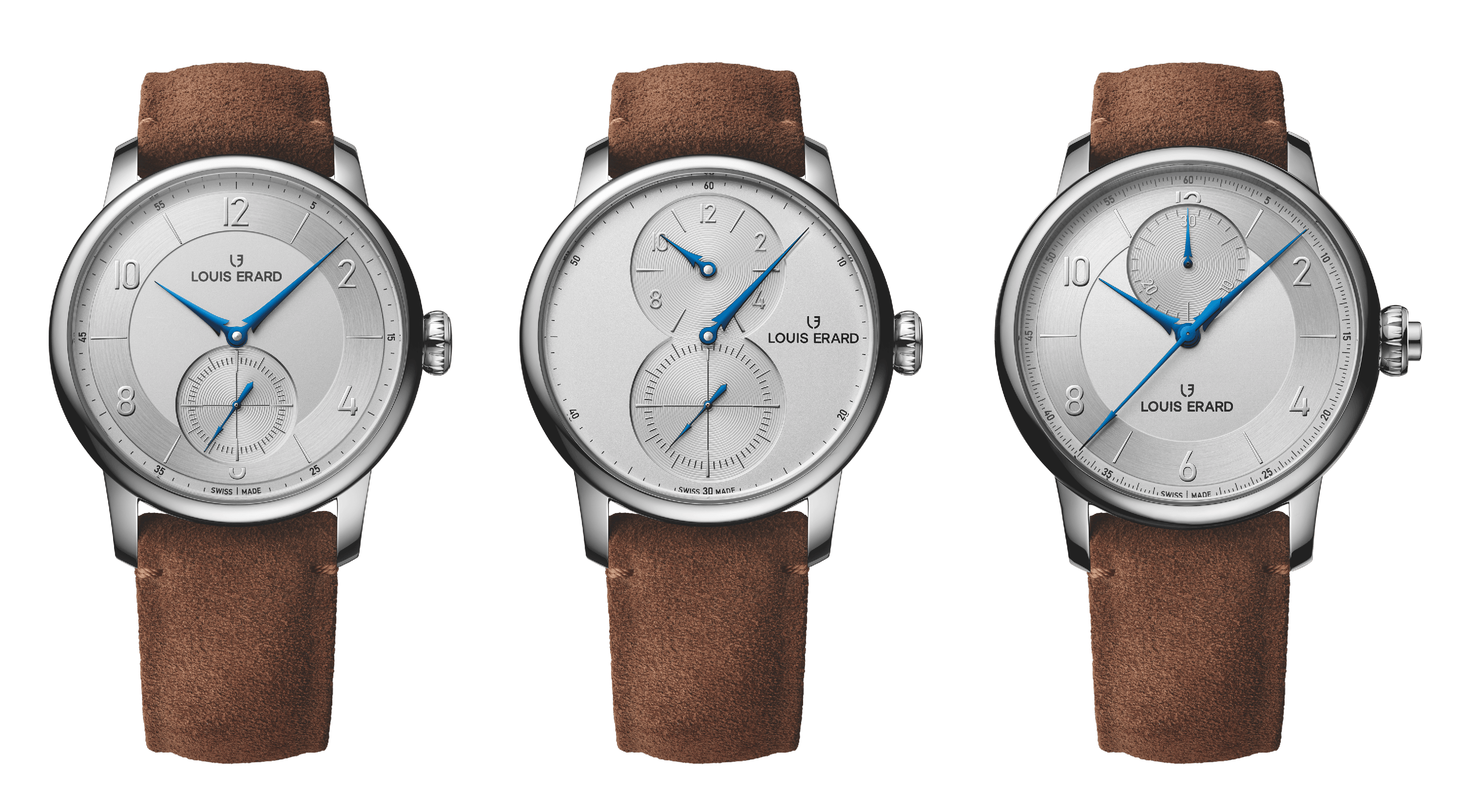 We never completely reinvent the classic timepiece, but we can give it new meaning. This is perfectly reflected in the Excellence Triptych, the new backbone of the traditional line. Louis Erard could have followed the path of many of its competitors: open up its archives, patiently curated since 1929, pull out an iconic model and update it. But under Manuel Emch’s leadership, Louis Erard preferred the path of creation, surrounding itself with the best partners: designer Nicolas Barth Nussbaumer and movement manufacturer Sellita, not to mention all the other suppliers.

The soul of this new family of watches lies in the Jura Mountains, in the small village of Le Noirmont where the brand is based, surrounded by grassy pastures and fir trees. These incredibly distinctive trees inspired the design of the hands and are featured as functional decoration on the crown, in subtle reference to Art Sapin – a variation of Art Nouveau from the Jura.

Each of the three models forming this triptych has its own technical and aesthetic defining features. But they are all built in the same spirit, with common aspects between them, such as a family portrait spanning several generations.

The cases sport the roundness of old pocket watches, although tightened by sapphire crystal, which projects slightly beyond the case, giving the overall piece a highly modern style. The matt silver dials are reminiscent of the elegant simplicity of the 1950s, but revitalised with shifting levels and contrasting finishes: satin-finished, brushed, snailed and diamond-cut. And each detail has been finely crafted, from the typography and metal index to the hand bushings, in order to produce an original, groundbreaking and decidedly contemporary result. All with the natural, sensual touch of the chocolate calf nubuck leather strap.

The Excellence Petite Seconde is the entry-level model (CHF 1,500), identifiable by its counter at 6:00. The Excellence Régulateur (CHF 2,500) sports two distinctive vertical counters – hours at the top, seconds at the bottom – and a large central minute hand. The Excellence Chronographe Monopoussoir (CHF 3,500) completes the trio with its 30-minute counter at 12:00.