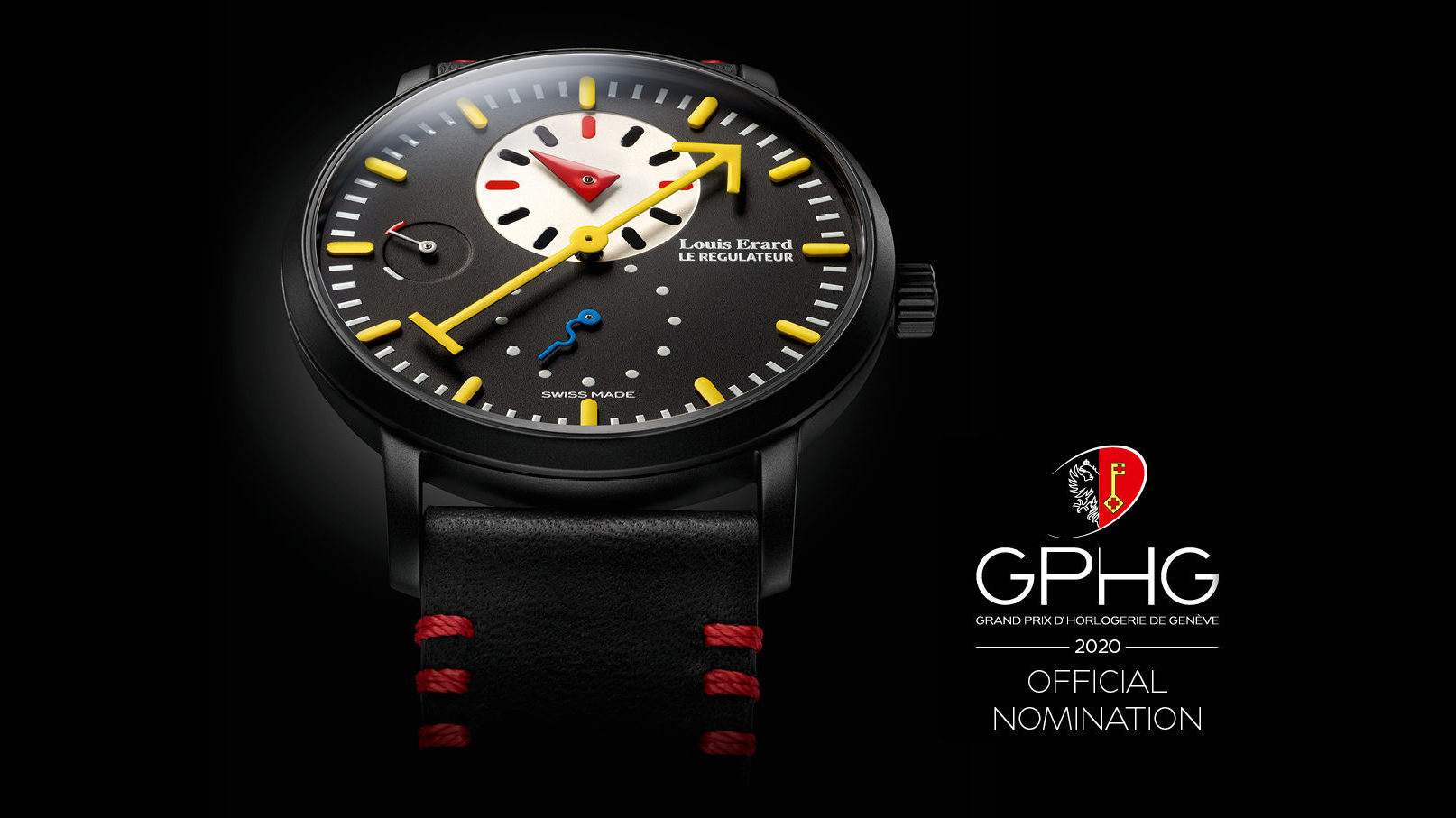 The Foundation of the Grand Prix d’Horlogerie de Genève (GPHG) is publishing today on its gphg.org website the list of 84 watches nominated by its Academy and it includes the Louis Erard x Alain Silberstein Régulateur.

Created at the beginning of 2020, the GPHG Academy – encompassing more than 350 key players from the main sectors of the international watch industry – has recently conducted its first round of voting via a dedicated digital platform specially designed to preserve the anonymity of information and the confidentiality of the results.

The 84 nominated timepieces, divided into 14 categories, will continue the competition to win one of the 18 prizes intended to salute the year’s finest watchmaking creations, including the prestigious “Aiguille d’Or” Grand Prix.

A jury of 30 members drawn from the Academy, will soon be constituted and meet behind closed doors in Geneva. During this notary-supervised encounter, they will physically evaluate each of the nominated watches and cast a final vote by secret ballot. All Academy members will also take part in the final vote via the dedicated digital platform.

The names of the winners will be announced on Thursday November 12, 2020, at the 20th GPHG awards ceremony, a unifying event that plays a strategic role in promoting the new models released by the sector. An update will be provided in October regarding detailed arrangements for the awards ceremony, in accordance with the prevailing public health measures.

With the creation of its new Academy, fostering widespread involvement of worldwide industry stakeholders in the selection process, the GPHG is globally developing its mission to highlight horological excellence and creativity.

Louis Erard is part of this GPHG 2020 selection with its Louis Erard x Alain Silberstein Régulateur.