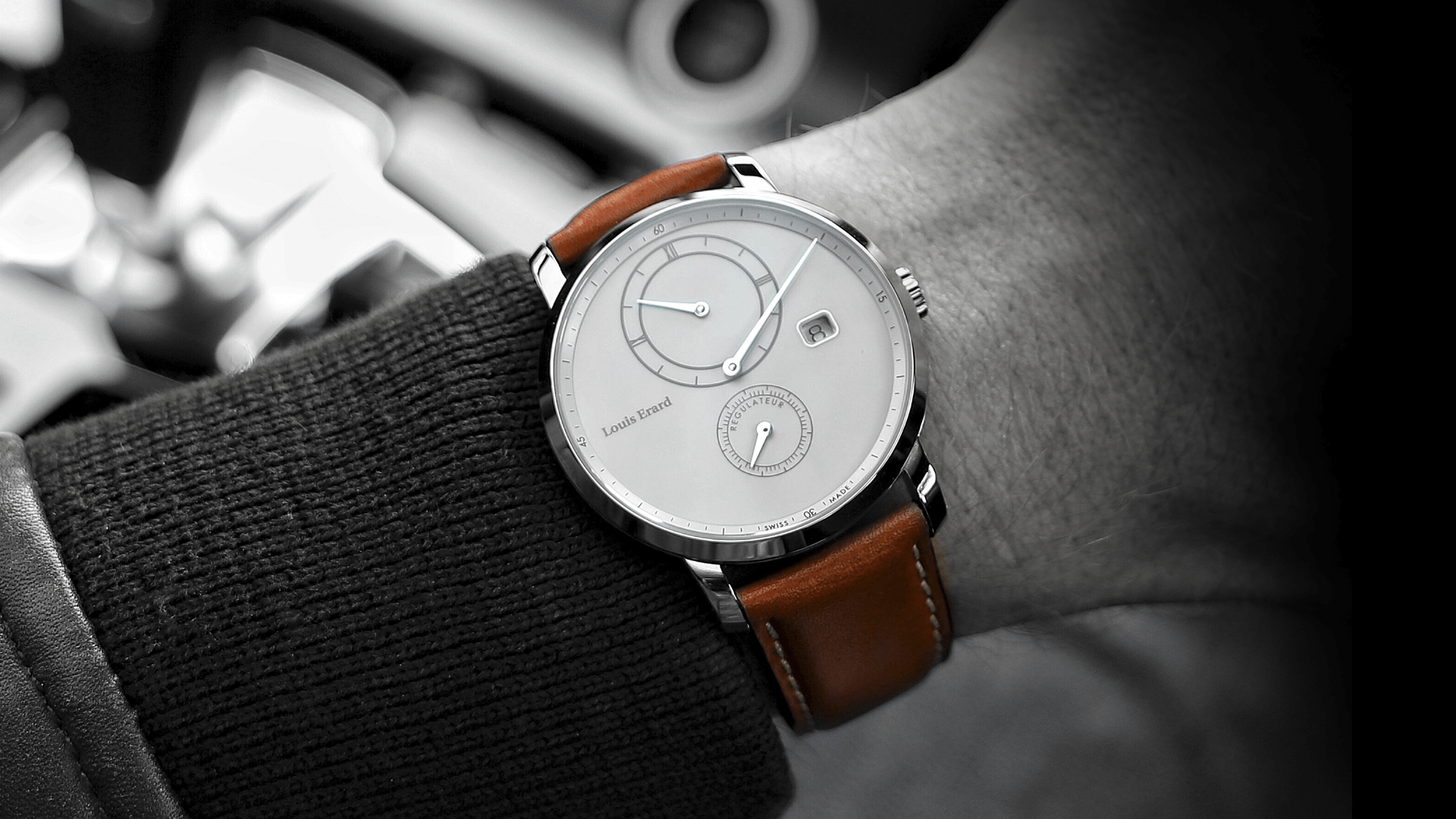 Maison Louis Erard works in the shadows to renew itself. Today, it reveals chapter 1. It lays the first stone of the edifice by relaunching its iconic model, the Excellence Regulator, redesigned by the talented Eric Giroud.

At a time of new attitudes to consumerism, when society questions its choices and is looking for meaning, a dominant statement has appeared: consume less but better. Demanding and responsible, customers expect brands to share their values and claims. Close to its customers, Louis Erard is working in this direction. The watchmaking brand orchestrates the foundations of its overhaul, symbolised by the launch of its iconic model, the Excellence Regulator, in a revisited self-winding mechanical version, available in three limited editions.

With its unusual time display – the hours and seconds are off-centre – the Excellence Regulator has established the success of Louis Erard. A genuine icon of the brand, it is not rare to see it on the hands of men – and women – who are sensitive to its exclusive and disruptive look.

It is now the model that ushers in change. This new Excellence Regulator completes the existing line with three models. Behind their steel 42-mm case is a self-winding mechanical movement with Dubois Dépraz complication. The dial, available in an intense black, night blue or ivory white, displays the hours on a counter at 12 o’clock, the minutes on a central hand, the seconds on a second counter at 6 o’clock and the date at 3 o’clock. The leather strap matches the dials (black, blue, cognac) and is fitted with a folding clasp.

Stamped Swiss Made, these three new models will be available in a limited edition of 178 each, as of April, from the brand’s approved dealers. The figure 178 is particularly symbolic in the language of numbers. It means “strong together” and is therefore the perfect way to represent the partnership with designer Eric Giroud.

A prelude to the brand’s future collections and collaborations, the new Excellence Regulator is the first embodiment of a new wave Louis Erard to be revealed in 2019.